Introducing Gasteria “little warty”, Haworthia something or other and something else in-between, well maybe.

Including Aloe vera all three are members of the plant family Asphodelaceae. No, thats not a typo.

Not much of an introduction I guess…

I reckon I just don’t really know 100% exactly what they are called. The largest one is definitely a Gasteria though. Like most other succulents it thrives in well draining soil. I’ve actually mixed a little sand with mine, however, its growing to big for this pot.

And look at all those little offshoots. We call these little guys nymphs and contrary to popular belief they are not stealing energy from the mother plant, but rather, working together to keep it stronger. I’ll be pulling them apart today so i can end up getting more plants that will grow more offshoots!

First I start to pull away the top soil, for my indoor plants I usually like to leave a thin layer of decorative soil to the top. I chose black last time because it contrasts with the green pot and leaves.

Word on the street is that you can save these little leaf cuttings with rooting hormone. I do have a few different brands, but I’ve never had luck with these species. I’ll try anyways though and let you guys know.

After a little meltdown and a lot of panic I got the roots out and LOOK! 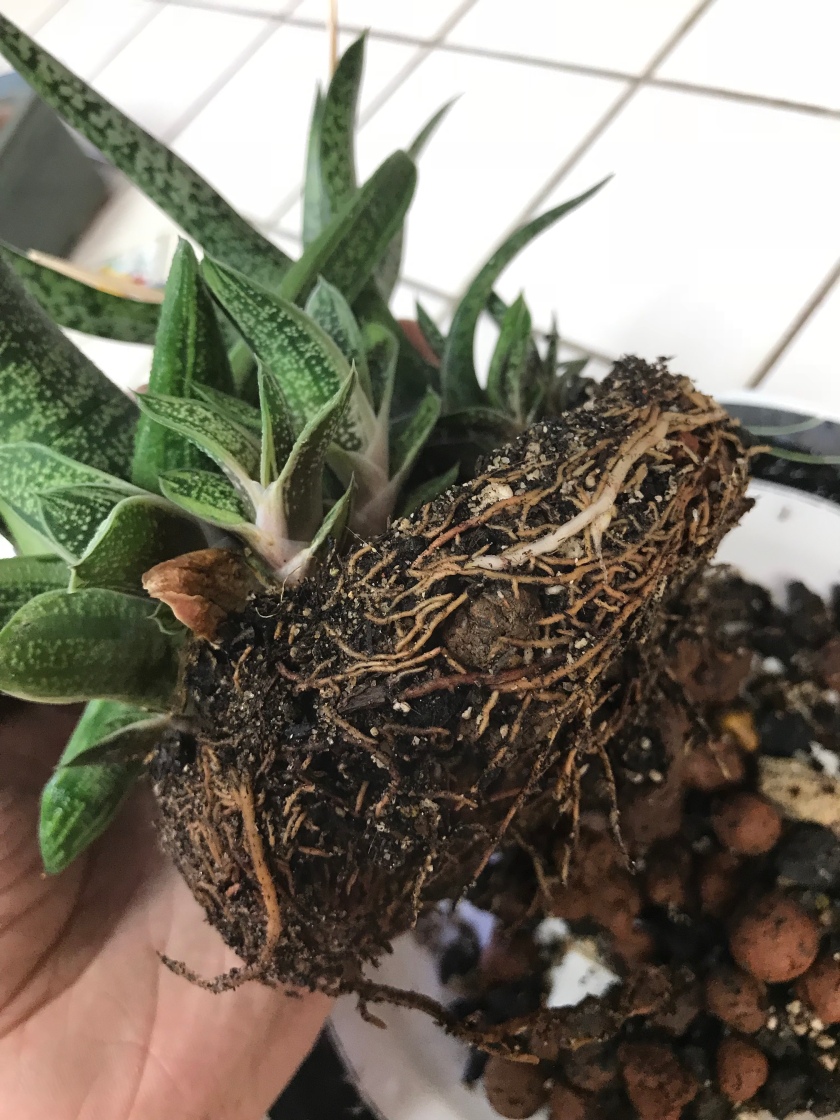 They are so happy!

And that makes me happy.

After I use a fork to pull all of the soil out I just kinda rip the babies off. Usually when I transplant succulents I wait a few days to water but in this case I’m not going to. 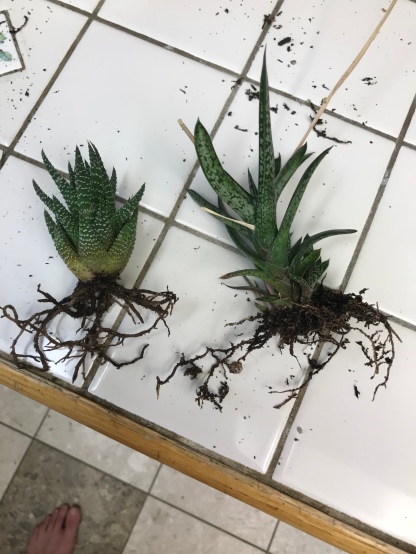 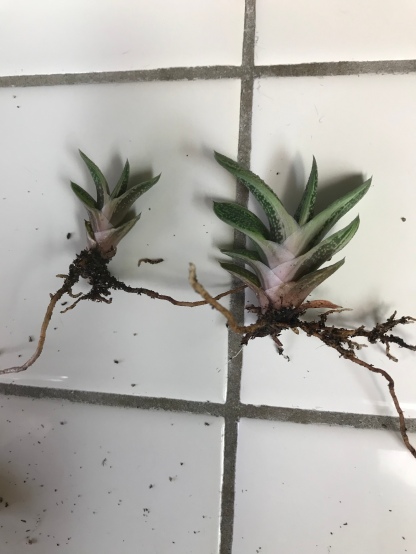 Have a look a this little loser.

Actually its my fault, like I said, I just kind of rip those little puppies off. This is ok though, they can regrow from having pretty much no roots.

The point is, I am using very airy soil. Its pretty much just gritty decomposed granite, lava rock, sand and a teeny tiny bit of steer manure. So its going to dry out really fast, and when I transplanted it in the beginning I noticed the soil is moist. Here is where I’m gonna rant for a while about roots. Most root structures are the same containing Dermal cells, Ground cells and vascular tissues. Lets talk about them dermal cells though, specifically something called root hairs. This is probably the most important part of the roots as far as you or I are concerned. Also called absorbent hairs, they are nearly microscopic rhizoids that form on epidermis of plant roots. They are the main part of the plant that absorbs water. When we re-pot we usually damage roots, but here is what a lot of people don’t know. If you move a plant with wet roots into dry soil you are sentencing them to almost certain death. The little hair roots dry up very easily and get easily shocked moving from moist to dry soil. 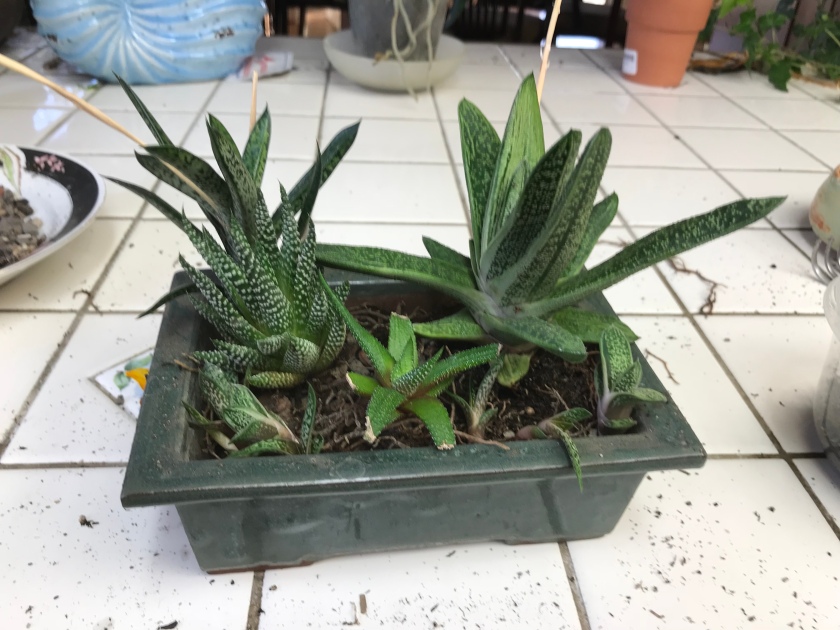 Here is the finished product! (Well close to it, needs topsoil) I know it looks a little ugly, but after a year when it grows in it’ll look fantastic! I wanna find a cool stone to put in the middle before it grows in. maybe a large rough quartz? I’ll be sure to let ya know!

One thought on “Gasteria Problems”

Check out my Pals